ROBERT PARKER POINTS 94 Wine Advocate 30th May 2016 by Neal Martin : Tasted at Bordeaux Index's annual 10-Year On tasting in London. The 2006 Château Pontet-Canet has an extremely pure, vivacious, perfumed bouquet with crushed violets infusing the blueberry and blackberry fruit. But it is all about the detail and precision in this wine. The palate is medium-bodied with a gentle grip in the mouth: lightly toasted black fruit, dried orange peel, cedar and a pinch of white pepper. This feels very cohesive and poised with just a touch of mint entering right on the finish. What a great wine from Alfred Tesseron and Jean-Michel Comme. Go grab the corkscrew now, but don't feel that this wine has to be opened for another 5-6 years. Tasted January 2016

ROBERT PARKER POINTS 95+ Wine Advocate 181 Feb 2009 by Robert Parker : The 2006 is a wine to stockpile, especially for those in their thirties and forties as it needs another decade to reach maturity, after which it should keep for 30+ years. This vineyard, just south of Mouton Rothschild, has produced an opaque bluish/purple-colored 2006 with an extraordinarily pure nose of graphite, charcoal, sweet creme de cassis, and a hint of scorched earth. Incredible concentration, stunning richness, and a 60-second finish result in a wine that transcends the vintage as well as this estate's 1855 classification. This enormously endowed, modern day classic is a legend in the making. Anticipated maturity: 2018-2035.

Enormous credit is due proprietor Alfred Tesseron for turning things around at this estate in 1994, and continuing to produce first-growth level wines. Pontet-Canet is one of the few bio-dynamically farmed vineyards in the Medoc, and Tesseron is such a perfectionist in both the vineyard and wine cellars that his nickname among other bordelais is "Monsieur Bonsai."

ROBERT PARKER POINTS 95+ Wine Advocate 170 Apr 2007 by Robert Parker : One can't say enough about the extraordinary quality proprietor Alfred Tesseron has achieved at Pontet-Canet over the last decade. The 2006 is another massive wine that may be as backward and concentrated as its nearby neighbor, Mouton Rothschild. Boasting a dense purple/black color in addition to aromas of creme de cassis, incense, burning embers/charcoal, and pain grille, it is monstrous in the mouth with huge flavor concentration, extremely high tannins, and significant extract. Tesseron's goal appears to be a 50+ year wine. The 2006 requires a decade of patience. Anticipated maturity: 2016-2040+. 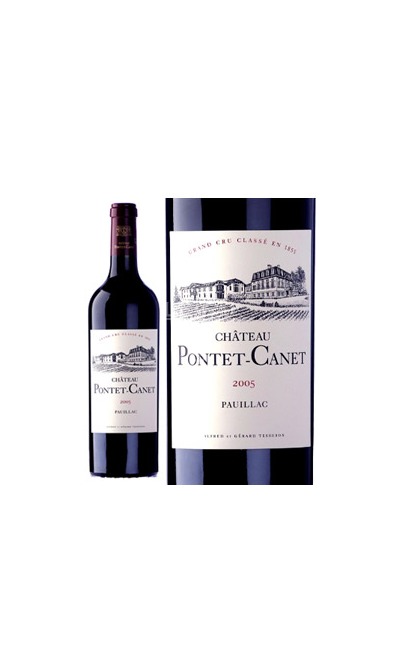 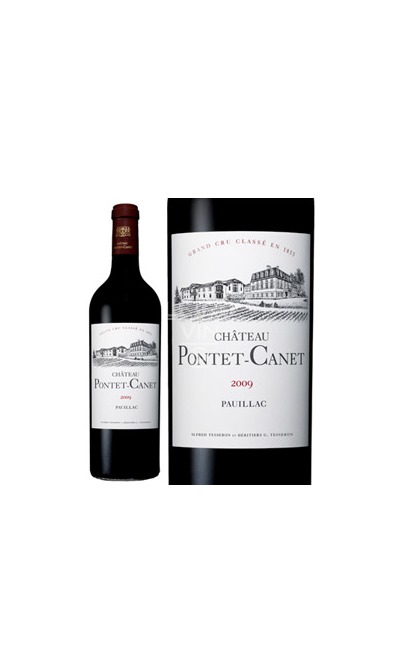