ROBERT PARKER : 92 Points by Antonio Galloni
wine advocate 203 november 2012
Arnaud Margaine's NV Brut Premier Cru is gorgeous. White flowers, crushed rocks and green pears literally jump from the glass in this beautifully delineated, energetic Champagne. Vivid, crystalline and beautifully layered, the Premier Cru impresses for its balance and exceptional overall harmony. This is a great effort in its peer group. The Premier Cru is 90% Chardonnay and 10% Pinot Noir, 50% vintage 2009 and the remainder reserve wines back to 2002. I would give the Premier Cru another 6-12 months to be fully expressive post-disgorgement. Disgorgement date: July 2012. Anticipated maturity: 2012-2017.

Arnaud Margaine is looking for freshness in all of his wines. To that end, the malos are often blocked, although that is a decision Margaine makes for each vintage in its entirety, which means the proportion of non-malo wine in the NV cuvees is strictly a matter of vintage blend. These fine, hand-made artisan Champagnes deserve serious attention.


BURGHOUND SCORE : 90 DRINK NOW+ (Tasted: Oct 01, 2009)            Tasting note: A high-toned nose with a largely citrus component nuanced with brioche and floral notes introduces foamy but round flavors that possess good complexity on the delicious and nicely persistent finish. This is a brut of medium dryness and the depth makes for a very attractive if not especially refined effort.

Producer note: Annual case production is 4,600 with 6.5 ha of premier cru sites in Villers-Marmery which is an anomaly in the Montagne de Reims an island of chardonnay in a sea of pinot noir. The clone of chardonnay used is specific to this area and cannot be found in other parts of Champagne. A large grower, Margaine sells fruit to Roederer, Bollinger, Veuve Cliquot and Lanson, "saving the best fruit for himself." 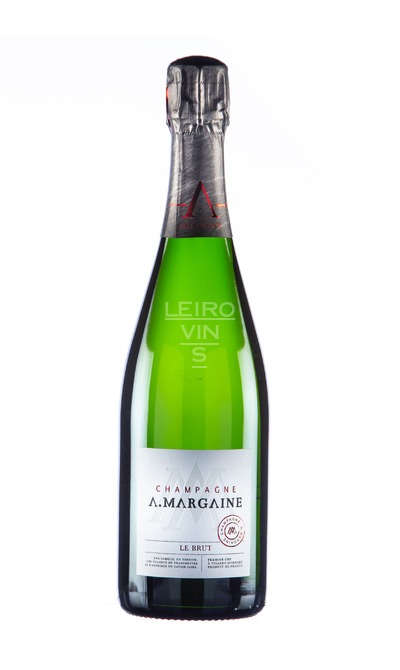